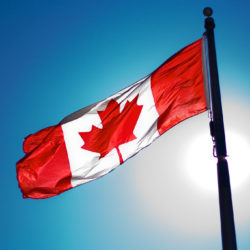 IRCC Updates CRS Cut-Off Threshold for September 20 If you are eligible for Express Entry, Canada’s immigration management system, you essentially qualify to be submitted into a pool of candidates hoping to receive an Invitation to Apply (ITA) for Permanent Residency (PR). The Express Entry pool is based on a point system, applicants aim to Read more about Latest Express Entry Draw Invites Candidates With CRS Score of 433 or More[…]

The American Dream is a Canadian Reality On September 5, 2017, Attorney General Jeff Sessions announced that the American Immigration Policy, Deferred Action for Childhood Arrivals (DACA), is being rescinded. DACA was founded by the Obama administration in June 2012. It allowed certain illegal immigrants who entered the country as children with their family to receive Read more about DACA Recipients are Prime Candidates for Canadian Immigration […]